Garlic Naan Bread is a soft buttery homemade Flatbread. Like all bread, it is made of flour, Yeast, Sugar.

Using Instant Pot for proofing my dough. It is easy and perfect every time. It surely is a game changer

Naan is a leavened flatbread. Garlic Naan is probably one of the very popular flatbreads in the Restaurants. It is very popular in South Asian Countries and now worldwide.

What is Naan Bread

Naan Bread is a leavened flatbread that is very popular in South Asian countries. It is traditionally cooked in a tandoor oven. The word naan comes from the Persian language where naan means 'bread food'.

Later it also gained popularity in the middle eastern counties and then worldwide for its simplicity.

Tit Bit: The Name Naan in Persian means Bread. we still address Naan as Naan Bread at times as a practice, which is like callingit naan naan 😀

Flour - We usually use White Flour or All purpose flour for preparing Naan Bread. However, you may also use Wheat flour fully or half and half wheat and white flour. Works well either way.

Yeast - Naan bread works with a leavening agent. We proof the dough and then cook. You may use active yeast or Instant yeast. Please check on the package instructions before using.

Non dairy Milk - As I prefer a vegan version I am using nondairy milk. Use any nondairy milk like Almond milk, Soy milk, Oat milk, or even Cashew milk. Make sure you use them lukewarm. If you don't care about a vegan Naan, you can very well use Cow's Milk.

Vegan Butter - These days there are many brands of Plant based butter available in the markets. In India, I found this version of plant based butter pretty good. If you are from the US you can try earth balance vegan butter. They are very good and easily available in all the grocery shops. In case you do not want to use butter you can replace them with coconut oil. Or dairy butter if you prefer.

Cilantro - Use finely chopped Cilantro along with the garlic and butter to top the naan they are so flavorful.

Garlic - You can chop the garlic into small pieces or grate and add them to the naan.

Sugar - We use sugar for activating the yeast along with the milk.

Nigella seeds or Black Sesame Seeds- these seeds are usually topped on the Naan. You may skip it if you don't prefer it or if it's not available.

What is Proofing ? The Yeast gets activated with the sugar and increases in the size of the dough. This activity helps the dough in its stretch and texture. We refer to this activity as proofing or raise. This is very important for the texture of a leavened flatbread.

Why do we recommend proofing the dough in Instant Pot ? At times due to the temperature difference in your place, the dough might not proof as you need. As we know the proofing activity is happening with the action of yeast and temperature plays a major role too. Hence despite the temperature difference and the moisture in the air, Instant Pot provides even proofing. Also without any doubt, the raising or Proofing is important in the flavor and texture of the bread. Hence I highly recommend proofing the dough in Instant Pot for your Naan bread.

Can we prepare Naan Bread without Yeast Well, Yes. We have a replacement for anything and everything. You may use Baking powder and Baking soda in that case. Both work well together and gives us soft fluffy Naan just like how you get in restaurants.

How to Prepare Garlic Naan

1. In a small bowl add ½ cup of lukewarm Almond Milk. To this add in 1 tsp of Sugar. You may use any Vegan Milk like cashew milk or Soy Milk. If you don't mind including dairy, you can include normal cow's milk.

2. To this add 1.5 tsp of instant dry yeast and let it rest for 10 mins. The yeast will bloom and activate.

3. In a mixing bowl add in 2 cups of the flour along with ½ tsp of salt. Now add the yeast milk to the flour.

4. Add lukewarm water little by little and knead to a soft smooth dough. You can use a stand mixer or use your hands to knead. Works well either way. Never use the full water, use little by little only as needed. Add 1 tbsp of oil and knead the dough once again.

Proofing the Dough in Instant Pot

Grease the inner steel pot with oil or butter. Now transfer the kneaded dough to the instant pot.

PROOFING THE DOUGH without Instant Pot

5. If not using Instant Pot. Transfer the kneaded dough to a bowl.

Cover the bowl with a Cling wrap and a damp kitchen towel let it sit for 90 mins to raise. After 90 mins the dough would have doubled in size. Knead once to release the air.

6. Divide the dough into 6 equal portions and knead to bring them to a round shaped ball and let it sit for 15 mins.

7. The dough will have a mini raise once again.

8. Now on your working surface dust some flour and shape the naan. It is usually a teardrop shaped or an elongated oval shape. Shape as you desire. It is usually slightly thick.

9. Sprinkle in some Nigella Seeds or Black Sesame seeds and sliced garlic pieces on top and run the rolling pin once so that it stays firm on the naan

10 . Now heat a griddle or cast iron skillet until it's hot. Once it's hot Place the naan on the top of the skillet.

11. You will start seeing the golden bubbles on the bottom of the naan. Once the underside gets golden brown spots, flip and cook the other side.

Baked Naan - In case if you do not want to use the stovetop you may also bake the Naan Bread. You may preheat the oven at 356 F and bake them at 356 F for 15 mins. Flip after 7 mins and bake. Brush with butter while flipping.

Reheat - Always serve the naan hot. Heat them in a skillet for 30 secs each on both sides and then serve to apply little butter if required. You may also reheat in the oven as per the oven instructions. Once it is out apply butter and then serve.

Serving Suggestions - Naan Bread goes well with any spicy curry. You can use Panner Butter Masala or Restaurant Style Khoya Matar Curry. You may also serve it as a wrap stuffed with any kebab, pickled onions, green chutney, or mayo and lemon juice.

I thought of re-creating the restaurant style Naan Bread and hence I went with the White flour. You may also use fully wheat flour or part and part wheat and Maida. Works well either way. I have tried multiple times.

You may store them in the refrigerator for up to 2 days. If you require more days you may freeze them in the zip lock bag. Also, you can freeze the dough. When you want to cook you may take them off the freezer thaw them and reheat them once or prepare the naan bread.

★ Did you enjoy this recipe? If you happen to try it out, I would love to hear from you! I’d appreciate it if you could rate and leave a review below in the comments. Your reviews help others know the recipe better too. Thanks for your time ? You can also follow me on Facebook, Pinterest, Instagram, Youtube and Twitter for more updates

Proof the Dough in Instant Pot

Proofing the dough without an Instant Pot

Disclaimer: I am not a nutritionist, the nutrition value provided here is an estimate. It will vary based on the quantity and brands of the products used. 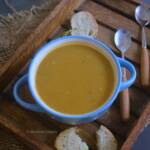 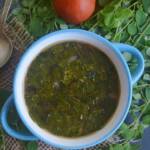 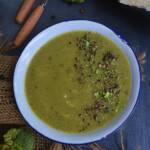 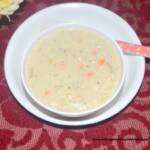